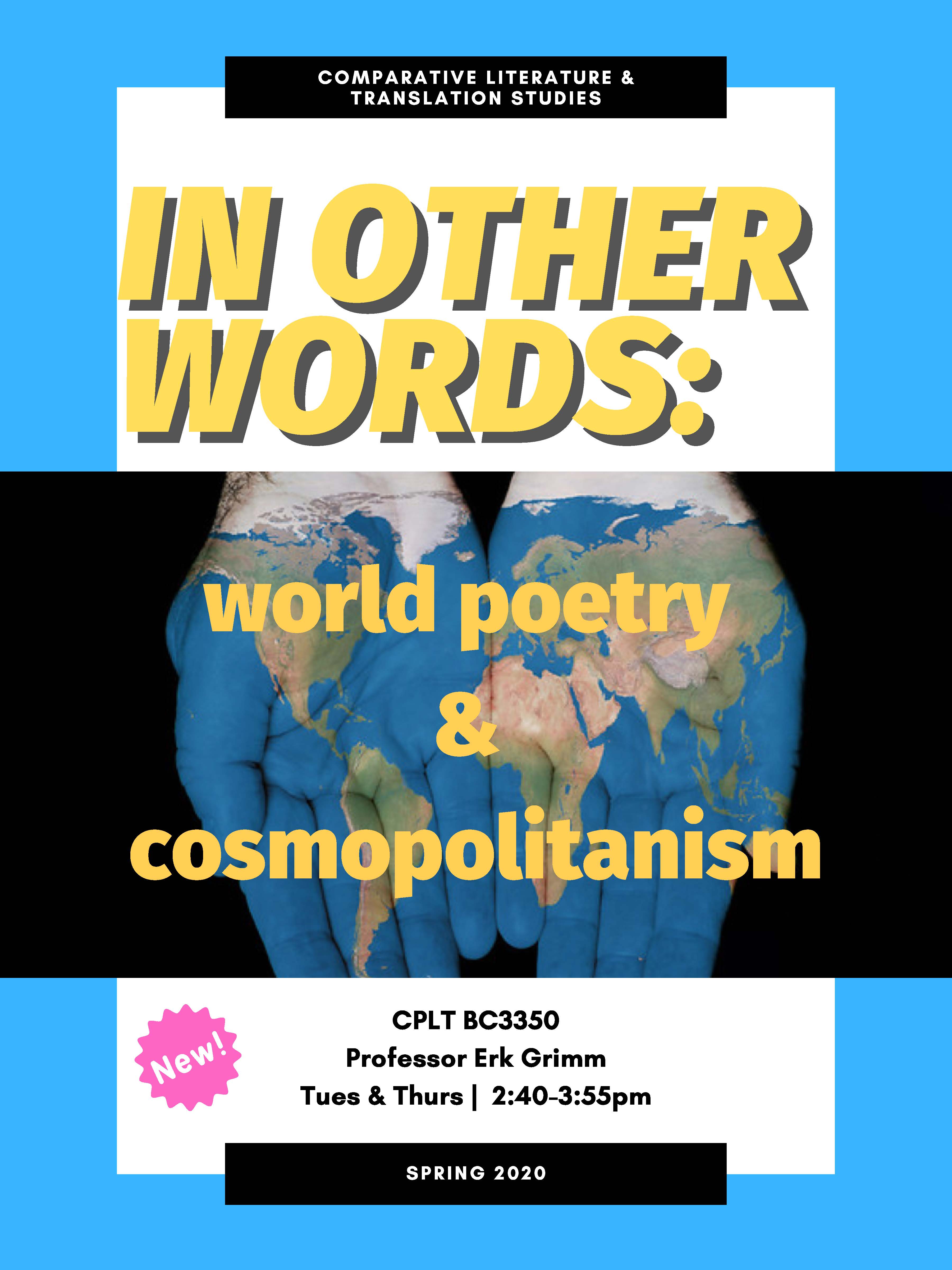 What is “world poetry”? This course will try to give an answer to this vexing question. You are being introduced to a number of influential poets who have entered a dialogue about what it means to write, read, translate and appreciate poetry in a global context. The impact of globalization is most visible in a number of anthologies which made considerable efforts to move beyond the existing range of national representatives and to make an English-speaking audience familiar with the names and works of poets who are bilingual or who write in their native language. Throughout the semester, we will read English translations of these poems (but feel free to read the original if you know the language). Secondly, the global context is of great importance for understanding each poet’s vision of the world since poets are involved in processes of “world-making” as well as reacting to the world’s past and present. s the semester progresses you will see that the poets are part of a larger conversation; some themes, forms and issues we discovered at the beginning will return in the middle or toward the end of the term. The selection of poets is based on considerations of gender, race, age and religious affiliation; many of the poets whose works we are going to discuss are iconic figures; in studying other cases, you will be exposed to new voices (for example, young South African poets) whose significance will emerge in a critical discussion of the anthologists’ rationale and criteria for selecting poets and marginalizing others.