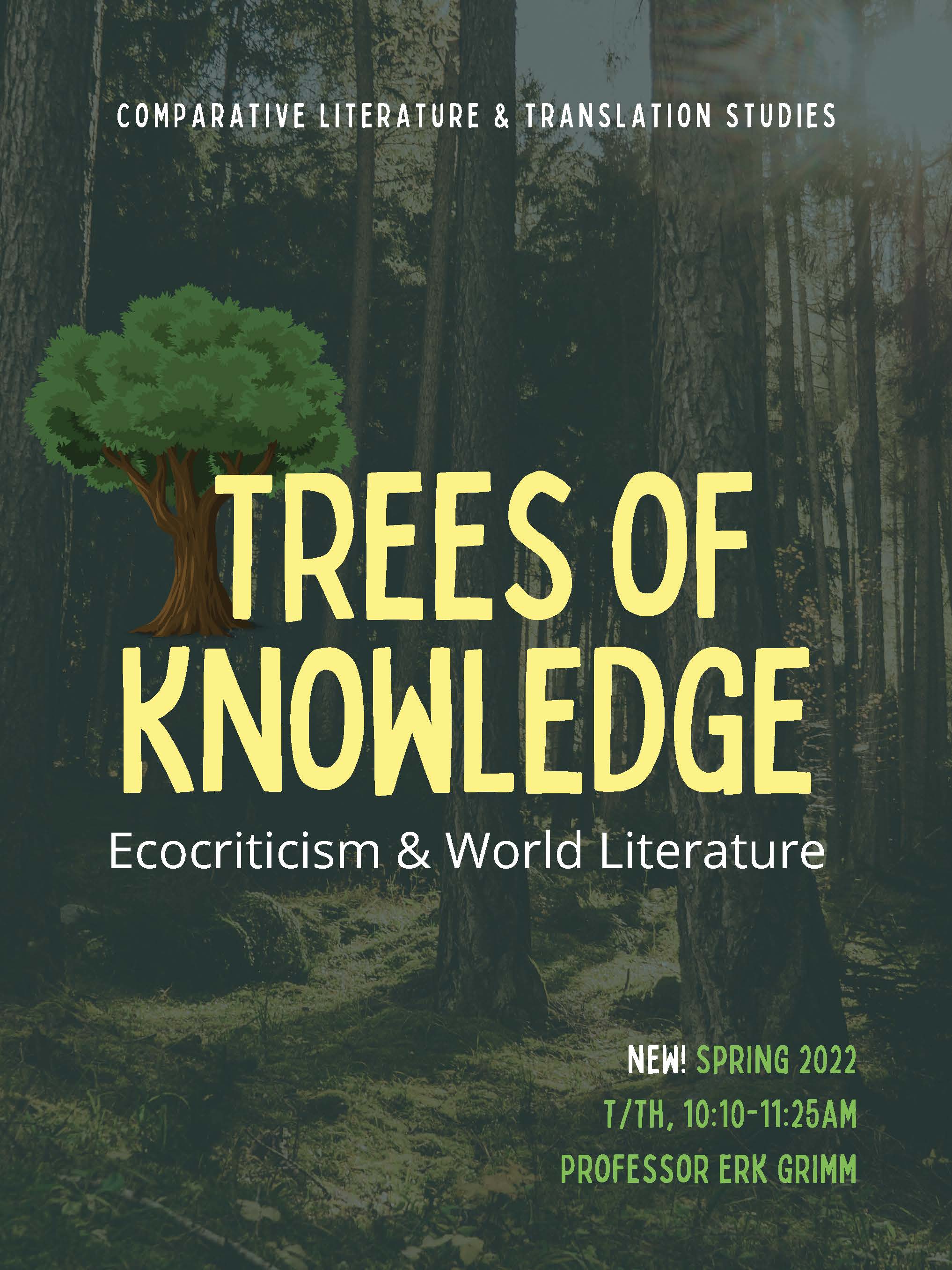 A survey of modern world literature and the most interesting literary responses to the profound transformation of natural environments in the 21st century. Discussions revolve around the writers’ ecological concerns and the literary imagination of a planetary crisis. The emphasis of this course lies on how global phenomena such as deforestation and climate change are represented in works of literature. By comparing the writers’ regional perspectives we are able to establish an international context; each juxtaposition allows us to assess an author’s individual contribution to the current debate over the toll of human intervention and habitat destruction. The goal is to understand a.) how “ecocritical” texts display their knowledge of trees and b.) why human knowledge is frequently captured in the vivid image of a “tree of knowledge.” Our examination of world literature will be inspired by two main sources:  we will study the novelists’ depictions of threatened biotopes but also consider the latest biological insights about how woodlands function and why trees communicate with each other. Readings include ecological manifestoes, works of fiction (by Ovid, Condé, D.F. Wallace, Powers, Proulx, Oloixarac, Rivera,  Soseki, Ghosh ) as well as articles by biologists such as S.J.Gould, E.Kohn, S.Simard.